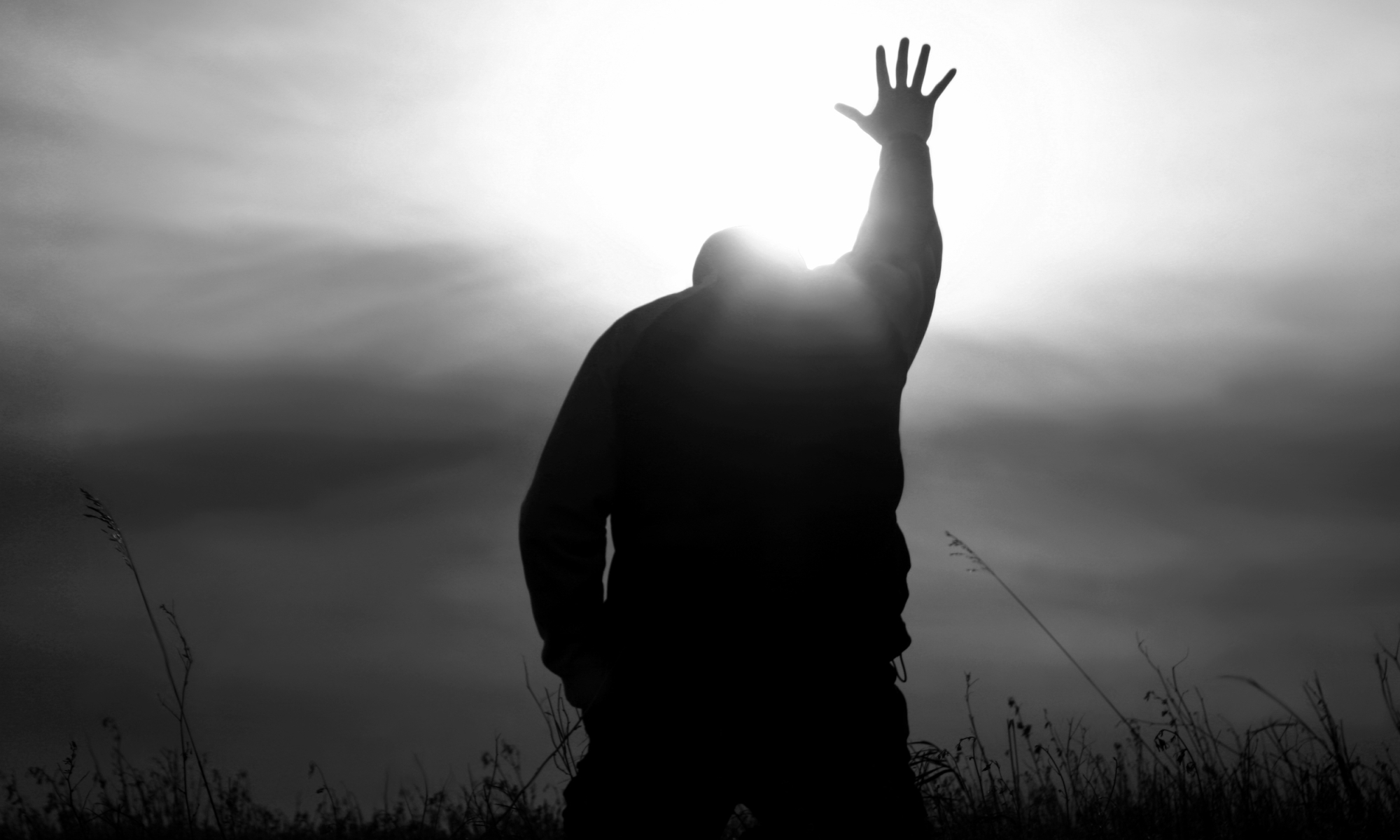 And so the curse prevailed un-curtailed.
I, for my own desires, continued in failing
maintaining that blasted work
of stitching leaves into garments
Even when dried skin sufficed to unify.
Where hands failed, I made new ones to fit,
and covered the blood that soaked them;
Where feet had come unstuck,
cracked from the toil and sweat,
I fashioned boots to hide the bones
fleshed by scars upon scars;
Where my eyes resisted my heart’s covenants
dark glasses over the spaces in the mask,
the same that covered the mind
whos banner self had turned
from usurpations of benevolence
to tyranny’s reign.

“Words I chained in Hymns
and winds to whom once in song I’d yield
rose I and tamed.”

“there is still good left in him”

I hope for it’s truth
but live out the lie.
walking in the undoable denying of the third crow;
living at the end of the sixth hour,
and the death that is now known as end.

For words I failed to attend,
and actions i’d never commend,
its neither me nor pretence.

“I call out to you, again and again,
Yet you linger.”

From whence cometh my help? 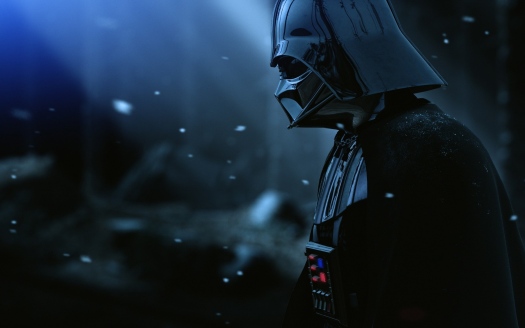 But am I thirsty?
Yearning for the cup of obedience,
For the sour wine of humility
And the salvation it brings?

Am I thirsty?
To endure with you and not to reign,
To stay faithful through the pain,
To praise in chains,
Or when blood stains my imperfect garments?

Am I thirsty?
Knowing that nothing else satisfies
No food for this desire,
Wood for this dying fire?
Or am I mourning my death while waiting
For it all to dry up!

Give me thirst,
Give me hunger.
March me into the wilderness,
Into the desert where you are.

Give me stones
Destroy my thrones
Shake these bones and make me re-membered.

The beds are dry, the clouds long departed:
Dust reigns.

In deed I rage against mercy,
Refusing the first.
Oh Lord!

Before he dies Jesus drinks the ‘Cup’ after saying he thirsts. This the same cup he asks be taken away in Gethsemane. On the cross he thirsts. Is it a thirst for something to drink or is it a desire to be obedient even unto death: death on a cross. He desires to take upon himself the work of salvation.

“My food is to do the will of him who sent me”.

They were bare hands that sharp nails received
Bare lips that with a kiss revealed
Sealed with bare stone and silver a heart deceived.

Love seamless as His royal robe
Untouched but taken whole
Given whole.

And as they take your robes, you take mine.

Blindness, upon the hour of thy visitation.

When the earth laments
it spews up limbs
like slowly dropping, stubborn, thick, viscous tears.

They are the flesh you ask us to leave
That with fine sinews cleave onto our resurrecting
emerging from our tarrying
unclothed and Spirit-less.

‘All will be thrown down’

“Let the dead bury their own dead…”

May you always be set upon your throne
May you always be set upon mine –
This I say reluctantly
Urged on by my pride
(Did you set a king within me
or am I just in the ruins of my forefathers
from the loins of their forebear?) –
Set your place in my hearted furnaces
where my resilience reigns
and into whom I have cast
All desires for you,
To burn alongside the knowledge of the crown
that it – my desire – holds
while boldly proclaiming that you
(for whom long life is assured)
Should wear.

Walk among them so that I may see,
Unconsumed in the burning,
The hope that pokes at my stubborn heart
Shouting in its emptiness
for a kingdom and a king
it doesn’t want but desires.

Wash over me: Baptise
Wash into me: Blood
Save!

Trembling as I approach the shores
Feet get wet
Tears fall

I see the doors I don’t let open
And him before them all: knocking
Patiently with those eyes of Love,

The Love I need but don’t want
For the pain through which
My healing and freedom will come.

Wash over me: Baptise
Wash into me: Blood.
Save!

“I thank God every time I remember you, In all my prayers for all of you, I always pray with Joy because of your partnership in the gospel from the first day until now, being confident of this, that he who began a good work in you will carry it on to completion until the day of Christ Jesus”

I always struggled with the term “coming to faith”. In my case it seemed disingenuous. Faith in the Divine wasn’t this thing or place that I happened upon during the course of my life. On the contrary, Faith was at the centre of my life from a very young age. This, partly I think, can be attributed to the manner in which my parents and relatives expressed their faith. More poignant however, is the recognition within me of a knowledge of an ‘other’, the thing I now understand to be Love. It has been a constant hum in the background as life ebbed, whispering the songs of selfhood and identity throughout my childhood – in this I include the adult and adolescent years of curiosity and discovery. God was never far enough for me to have work hard to find him. He was, in fact, close – within me – working to grow my eyes and heart into maturity: the ability to see, hear, recognise, and respond to Him and His love.

I found however, after my awakening, that life had more hurdles to overcome. It seemed as though the world I had occupied did all it could to spit me out – people I valued greatly couldn’t stay intimate with me as a result of the new direction my heart was being tugged. It’s almost as though in surrendering my life to God, I gave up the world. I was forewarned about this by wiser Christians and had encountered the same in scriptures, this sense of carrying a cross, of hardship, of rejection by the world, but was unprepared for it. For all the encouraging words however, I still felt the sorrow of loss. This was compounded further by everyone talking about having received “peace, joy, Love” etcetera. I, meanwhile, was in pain: it hurt to be – or at least feel – alone. Only one thing kept me walking in this new direction toward the known unknown, a deep sense that it was the only way I could go.

Jesus spent 40 days in the desert after He was baptised. He then returned to where He had come from.

Retrospectively, the world I inhabit now is no different from the one I felt sorrow for leaving. In fact, the Church has the same broken people within it – me being one. The difference is this, that after time spent separating myself – or at least trying and failing to separate myself – to and for God, there is a solidity within. This isn’t my doing. He led me out of my house into a storm and asked me to stand and call out to people without shelter while he built a stronger house around me. The more the bricks went up, the less the wind blew. This house is still incomplete but I’m beginning to trust in the pace of the work and the workman.

Take heart, persevere. He who began a good work in you will carry it on to completion…

Boldly you ask, humbly we come.
In the shadow of a broken home: our world
Seeking your light,
lifting wounded hands for anointing balm
Will you pour it out,
Heal in the hearts,
Sit where sorrow shouts?

Lord in your mercy.

Boldly you ask, humbly we come.
In the shadow of a broken nation,
A broken family,
A limping body.
Grant that mercy flows,
That heads turn to you,
Ears hear your calling,
And feet follow.

Lord in your mercy

Boldly you ask, humbly we come.
In our hearts the burden of names,
Gather the scattered
You can -if willing – touch the infirm
These to your feet we carry.
In your power Lord

Boldly you ask, humbly we come.
Even now, dry bones
Remember us, beneath your arms of love
Spread out upon the tree.
Make us new
For your praise and Glory Lord

The Valleys are darkened
So too the nearby hills
the light that the Lord placed upon the mountain
has faded through the years.
Years of accumulating dust:
Unquenched desires,
Open fires when none was needed.

As he approached, Jesus wept.
Three days had passed,
in the tomb his brother lay
Bound in cloth, left to decay.
The gate, like the stone rolled.
The cheers and palm leaves –
truly dirges, sung mid drowning tears.
Years of accumulating dust
Ashes to ashes of unquenched desires,
and open fires where none was needed.

The body, like the holy table,
was hid behind a veil.
The veins were dry,
the flesh feeble: unable,
the stone coearse
(Like freshly cut wood: unplanned)
Uncomfortable to shoulders,
Shoulders carrying bread,
(Carried by Bread)
Like a candle to the peak.

And the rays (wine) like blood
poured down the hill,
washing away the years:
Years of accumulating dust,
Unquenched desires,
putting out open fires: unneeded
Sending light into the valleys
where bones arose.