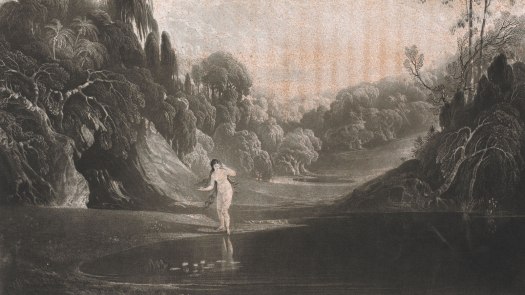 The idea of borders were not a colonial construct. It’s not as though the tribe of my ancestors and their neighbours didn’t know the limits of their abodes/territories. From the days of caves human beings have known the boundaries of what was ‘safe’ or ‘theirs’. They have been able to identify, not only the sacred spaces that helped forge their communal identity but the margins that began the stretches of what was either unknown or sacred to someone else.

It isn’t the case either, that those boundaries were never breached. Our human history is an explorers history. There have always been some among us whose feet itch for the horizon, whose hearts aren’t satisfied within the boundaries of what is ‘known’; and for whom home was ‘beyond’.

If the story of the fall of man is to teach us anything, it is that this same curiosity to which we owe much of our progress – which in fact forms part of our mandated nature – will test/reveal our inner nature to us. Those who were once naked and unashamed in each other’s presence, enjoying an intimacy beyond our present understanding, very quickly made the ‘other’ of each other once outside the boundaries of their tribe.

As Eden determined the tribal identity and inner story of the first couple, so too did exile spell a loss of the same.

I use this analogy to say this: an objectively understood boundary (God determined), delineates the space for maximum flourishing of all members of the human tribe. The moment the subjective (individual – without full tribal consent) march into the unknown begins, loss of self-hood is sure to follow. One enters into an abstract space (wilderness) and must then attempt to bring some order to the chaos – apart from the order already objectively determined in the previous chapters.

If the expansion is a joint venture, then the tribe stays one and the space with which to ‘populate’ becomes an expansion of the sacred – identity forming space: the chief and subjects are on board. This is the appeal of empire: an increase of the sacred space correlates to an expansion in the tribal (individual) self image.

The Genesis story, however, extends to us the idea of complex ‘selves’ in a dynamic interaction. When he ‘other’s’ Eve, Adam carves out an autonomous space (geographically) within which to become: this is the loss of intimacy (selves in shared space, and resultantly shared identity) and the birth of autonomy. It is verbally violent, emotionally violent, and physically violent.

For the tribe, the path to individual identity meant the holistically violent expulsion of the one being ‘othered’ from the shared sacred space. The shared self-understanding (which is the individuality of the other) is assaulted and diminished by its violent expulsion so that the aggressor can become. The expulsion of the other, in order for the self to become, is an imposition of an unnatural (non-objectively consented boundary) upon them. This perhaps is the worst kind of violence because it severely deprives that individual of the ‘natural’ space (geography) within which to authentically become. With no footing, the ‘othered’ one is permanently exiled – left to wander the chaotic space, wounded by the violence with no space within which to even begin healing.

It is for this reason the concept of race as a geographical identity marker is particularly harmful. The violence of being racially othered leaves one wounded in exile – in non-geographical chaos. If the land’s essence is tied to a particular subset of the tribe at the expense of another, then there is left no avenue for the ‘othered’ persons to become.

The loss, for me, begins in the realisation that the boundaries with which I have defined myself are violently imposed ones. What I mean when I say I am Ugandan is this: I have formed my identity within the boundaries violently imposed upon my ancestors by those of the same human tribe who – to expand their sense of self – othered all who they encountered. It is no wonder those boundaries that make for ‘Uganda’ have played home to the chaotic struggle of self realisation for a people who were left traumatised in a wilderness – having experienced a (seemingly permanent) holistic violence. For so long as those lines on the map that demarcate Uganda, are imposed on those lands, the narrative of being for me (and the people’s who call those lands home) will be textured by the violence with which those lines were drawn. I will forever struggle to answer the ‘who are you?’ question because I am a victim of my tribesman’s self-expansion. The coordinates that would frame my answer are complex and overlaid with violent lines and histories.

Here is where it gets interesting.

Those lines that made that space ‘Uganda’ simultaneously also made that space ‘Britain’: ‘Britain’ being the self-identification of those whose expansion meant an imposition of said lines on the map. The resistance of the ‘othered’ people’s to this new demarcation eventually resulted in independence but, alas, by that point the damage had already been done. The line that demarcated the outer region of what it meant to (geographically and thus essentially) be Britain now encompassed that space called ‘Uganda’. If not for Britain, I am an Acoli from that part of that continent. This self-identification now diminishes in efficacy because my passport – that identity marker that grants me passage through spaces – was Ugandan (or, in other words, within the violently enlarged boundaries of ‘British’).

By the end of empire, at the beginning of ‘independence’, the withdrawal of ‘British’ from those lands couldn’t heal those lands of those lines: wounds from the incredible and holistic violence we call conquest/colonialism. We’ve tried to understand this tie between the two spaces with terms such as Commonwealth e.t.c, all the while ducking the difficult question of a violent unification of space at the cost of the identities that occupied the unwounded – natural/pre-colonial – landscape. The ‘before-Uganda-ness’ of that space will never be re-discovered while those lines lie on the map. The earth is still bleeding, and its peoples are still in exile until self-determined lines are drawn: this is geographical independence.

Is it even possible? I don’t think so. Too much has been built upon the scared lands to return it to the state necessary for reconstruction of former identities. The wounds are now born by sons to the fourth generation, the benefits by sons to the fourth generation. I walk the streets and see edifices built by the blood, toil, and lives of my forefathers while still experiencing the deep and holistic violence from the ungrateful and wilfully uninformed ‘natives’.

Here is a truth we all know but some amongst us won’t admit for themselves: the road ahead is a choice between further violence or deeper intimacy. A negotiation of right’s to space – a new sacred – is afoot. We both know the identities we cling to are insufficient and can either face each other in battle for the space – in order to establish ‘ourselves’ at the expense of each other – or share the sacred space: allowing it to narrate for us a new becoming.

In truth, the tribal lands were always finite: we live on a small orb. The idea of exile was always going to be absurd and the non-space to which the one being othered is cast an illusory abstraction. Eve would always contend for the space in the ‘them’ of humanity. This space is hers and not Adam’s to take, though he protests. The ‘othered’ one is forced, by the violence incurred, to expand out from their beginning into something greater. Their desire remains a rediscovery of that which has been snatched: the objectively assigned/agreed boundaries of being. The aggressor, watching the futility of their efforts to force their victim away from the real into that absurd/illusory space of exile, is now forced into humility: constriction into their primary state of being. Humanity is a shared essence and a shared space: ‘male and female he created them’.

Though ‘where are you from originally?’ remains a violent question, it is now devoid of meaning at the negotiating table. The addition of ‘originally’ speaks to a way of understanding space and identity that has been empirically proved false. The subject will no longer be ‘othered’ for the absurd wilderness has made them immune to its venom. Any attempt at ‘othering’ only serves as evidence of the increased boundaries that the subject can now occupy. Expansion made all spaces touched sacred to the souls encompassed in the new boundaries: the old lines bear no significance. In a twist of events, the ‘othering’ has in fact made us simultaneously ‘natives’ to the mother lands of our former colonisers, and natives to the wounded lands of our ancestors. And wherever, within the redrawn map we choose to be, we can – and will – call sacred and ours.

ps: I owe a lot to Willie James Jennings!